In light of upcoming legislation for comprehensive Immigration Reform, here is DJPC’s official position on Immigration, written by our Advocacy & Nonviolent  Activism committee, and approved by DJPC’s Board of Directors: 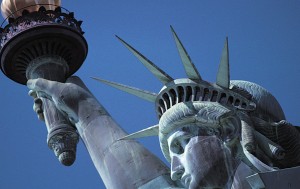 DJPC’s work for human rights, economic justice and lasting peace for Latin America affords a unique position from which to contribute to the current public policy debate on immigration.

DJPC concurs that a humane and just U.S. immigration policy must be adopted in the U.S., one that meets the needs of immigrants, communities and our economy.   It should respect international law and human rights–particularly the right to freedom of movement and residence within the borders of each state, provide a legal avenue for citizenship, afford the opportunity to obtain work without legal recrimination, support the lawfully authorized entry of those under duress or fleeing natural disaster, and enable family re-unification. These policy goals should be accomplished without militarization of the border, discrimination against or exploitation of immigrants whose lives have already been adversely affected by U.S. policies in their home countries.

DJPC believes, however, that this conundrum cannot reach successful resolution without first dealing with the root causes of the immigration surge and analyzing those areas in which U.S. policies act as catalysts for it. To this end, DJPC advocates foreign and trade policies that:

Additionally, DJPC extends this scrutiny to policies of the International Monetary Fund, the World Bank and the World Trade Organization, and other financial bodies supported by the U.S.