The Denver Justice & Peace Committee (DJPC) stands in solidarity with the six racial justice organizers who were arrested on September 17. Over the summer, these organizers sought to hold the Aurora police department accountable for the killing of Elijah McClain by holding marches and demonstrations. Some thirty charges have been made against them, ranging from misdemeanors to “inciting riots” and kidnapping, which could mean years in prison.

It is clear that these arrests, coordinated by the Arapahoe County and Adams County District Attorneys, are aimed at intimidating organizers and silencing the movement for racial justice. In dramatic fashion, one organizer was surrounded by five police cars while driving. In another case, a SWAT team swooped down to arrest the organizer in his home. The arrests appear intended to repress political speech, as four of the people arrested are vocal critics of District Attorney Young, members of the Party for Socialism and Liberation, and advocates for racial justice.

We understand that this can happen to any protester, who has used their voice to mobilize in the mass movement against racism in every corner of the United States. We stand united against this attack on civil liberties and the ongoing movement for Black Lives.

At the same time, violations by counter protesters are often ignored. On May 3, Aurora police ignored serious aggressions made against an in-car protest against immigrant detention during a Covid-19 outbreak at the ICE Processing Center. Counter protestors could be seen in videos blocking traffic, attacking activists’ cars, shouting obscenities, and ripping signs from the cars. These acts were witnessed by police in the area who did nothing.

We feel it is particularly important to stand with the falsely accused protesters, as the attack on their First Amendment rights is the first step in cracking down on everyone’s rights, especially the rights of Black, indigenous, Latinx, working class, and other traditionally marginalized communities.

In light of these events:

Take Action: Sign petition from the Party of Socialism and Liberataion here. 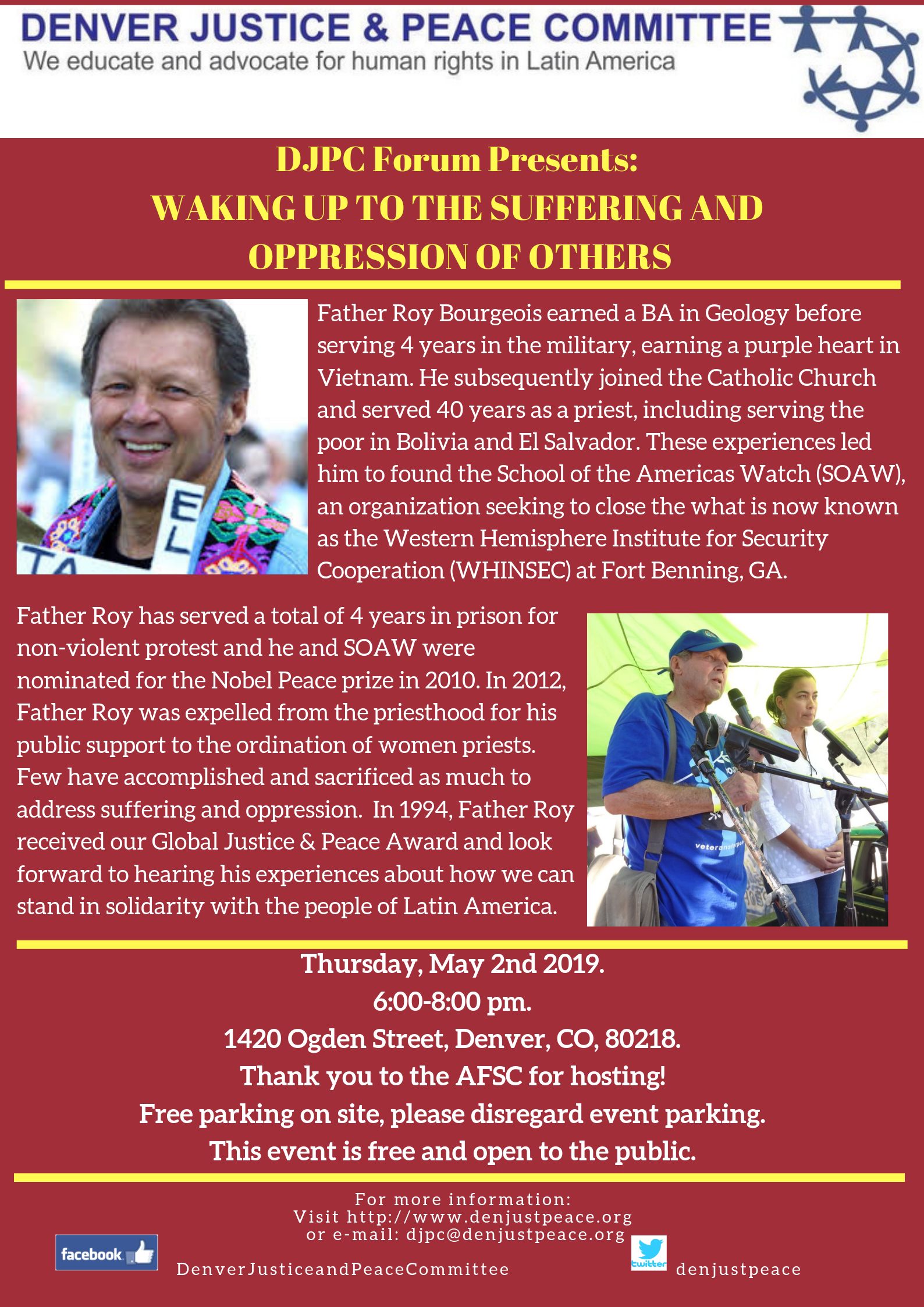 May 2nd: A conversation with Father Roy Bourgeois.