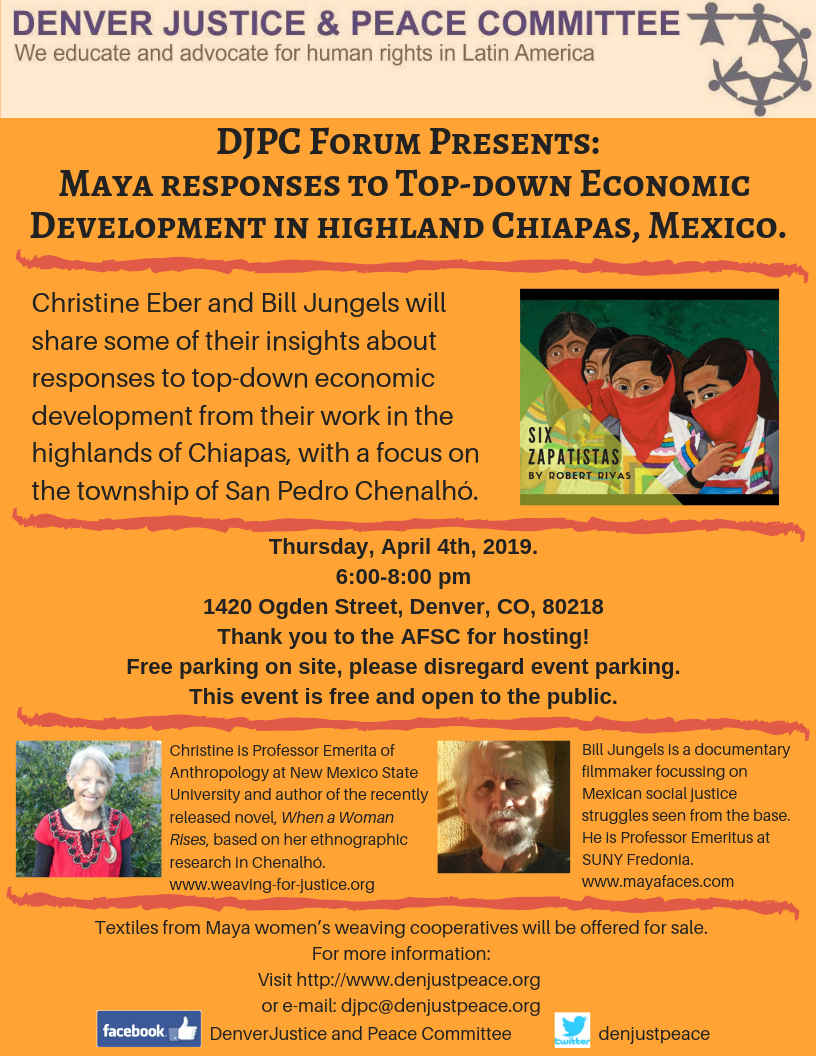 Christine Eber and Bill Jungels will share some of their insights about responses to top-down economic development from their work in the highlands of Chiapas, with a focus on the township of San Pedro Chenalhó. Christine will focus on Maya weaving cooperatives as a means women have been using to gain greater economic autonomy and lift up their families and communities. Bill will focus on the struggle against government plans to build a “Sustainable Rural City” in Chenalhó as an example of successful resistance following the Zapatista uprising.

(English) Lots of accomplishments in 2011–many more great events to come!

(English) Memoria y Resistencia: Close the School of the Americas. 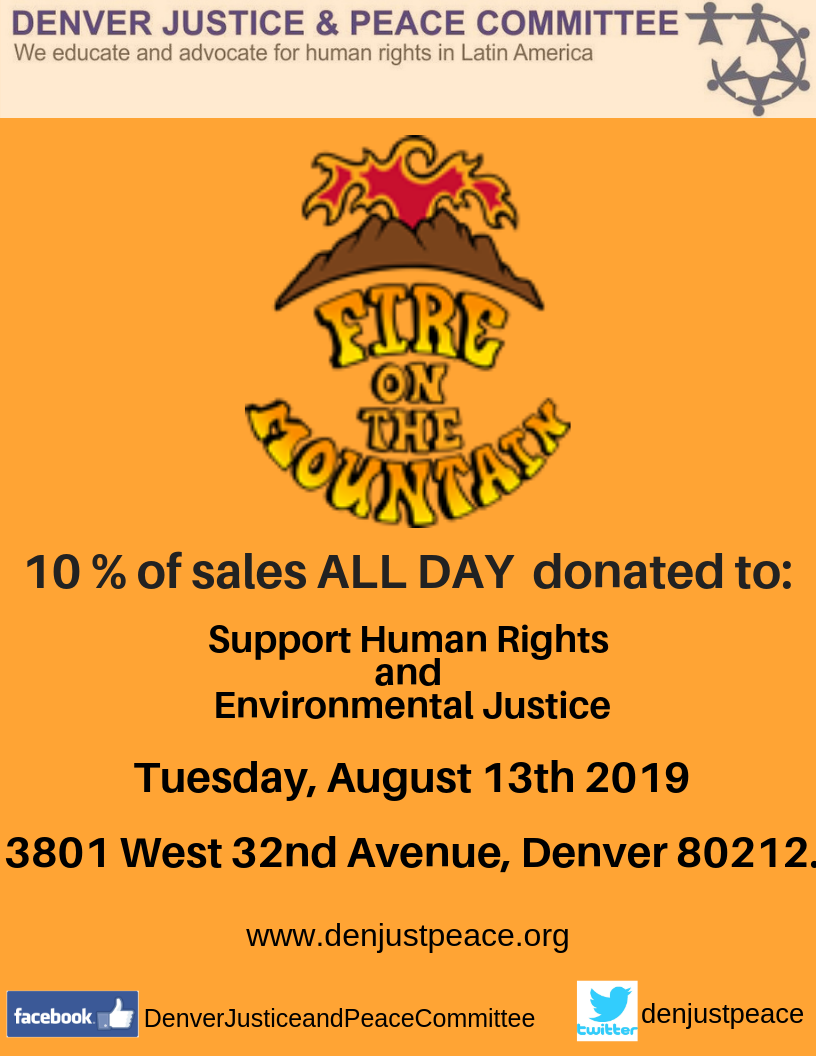