Integration of Infrastructure in the Region of South America (IIRSA)

What is the Integration of Infrastructure in the Region of South America ? 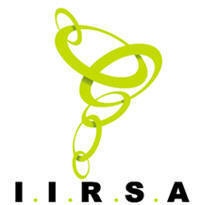 IIRSA’s was launched in 2000 and includes Argentina, Bolivia, Brazil, Chile, Colombia, Ecuador, Guyana, Paraguay, Peru, Surinam, Uruguay and Venezuela. The initiative is funded primarily by the Andean Development Corporation, the Financial Fund for the Development of the River Plate Basin and the Inter-American Development Bank (IDB). According to the IDB, IIRSA’s objective is to “improve the competitiveness of the regional economy and its integration into the global economy, and promote sustainable socioeconomic development in these countries, especially through the modernization and integration of their infrastructure and logistics in the transport, energy and telecommunications sectors.”

IIRSA is the blueprint for electrical and transportation infrastructure in South America. It is the companion project to the Plan Puebla-Panama (PPP) and a vehicle to complete the construction process for the Free Trade of the America’s Agreement . Currently, preliminary work has begun in Mercosur-Chile, Andes and the Interoceanic regions, with future plans carrying it throughout the Southern hemisphere. Like the PPP, the initiative greatly benefits the foreign companies and foreign investors. After completion of the project, the energy and transportation systems will become privatized. The costs of initiatives will further indebt South American countries with expensive loans that will have to be paid back through tax increases and usage fees.

Many Latin American civil groups are opposed to the privatization of essential utilities. In February 2005, the New York Times ran an article entitled, “Latin America Fails to Deliver on Basic Needs”, describing the effects Latin Americans face from privatization. For example, in Bolivia the hook up fee was $450 for access to running water, a fee that many Bolivians could not afford to pay. This sparked a rise up against the French-run water company imposing the fee in January 2005. These reactions against basic service privatization have shaken many US and European utility corporations from investing further in Latin America until they receive more legal protections.

Although the IDB touts sustainability and socioeconomic development, many Latin American citizens do not believe the in benevolence of IIRSA. The initiative will have detrimental effects on South American farmers, the poor, and the environment, including indigenous peoples and their lifestyles. Much like the PPP, there is a lack of transparency and the IIRSA has not solicited participation from those most affected by the development project. Please refer to the following sites for more information on IIRSA developments.

The Integration of Infrastructure in the Region of South America website