During DJPC’s planning session in January 2021, we made a commitment to focus on two issues: environmental justice and immigration. Throughout the year, we have emphasized advocacy and education efforts related to these two issues, and we have been busy! One of our efforts is to develop and carry out a campaign to promote three bills related to human rights and anti-corruption efforts in Honduras. On this campaign, we’ve been collaborating with different social justice groups throughout Colorado, the country, and the globe.

>From the beginning, we have been collaborating with several different groups to get passage of the Berta Caceres Human Rights Act, the Honduras Human Rights and Anti-Corruption Act of 2021, and its companion bill in the House of Representatives. These groups include Lucha Para Honduras Libre, an advocacy group based in Colorado Springs, and our longtime partner, the Honduras Solidarity Network.

Through this campaign, we have hosted three zoom phone banks, known as Phone Zaps, through which we have made hundreds of calls. We have also written numerous letters, held meetings by phone and Zoom, and supported eye-witness accounts from Honduran refugees — and the year isn’t over yet! For the second half, we will be hosting several more zaps, a forum on the bills, and continued letter writing to the members of our congressional delegation with the goal of securing co-sponsorship of the Colorado delegation on these bills. We are pleased to say that Congresswoman Diana DeGette became one of the sixty co-sponsors of the Berta Caceres Human Rights Act in June. We hope to have the support of Senator John Hickenlooper and Senator Michael Bennet before long!

In too many ways, Biden’s foreign policy is emerging as a repeat of the Trump administration. The environmental crisis is only being exacerbated through mining, hydroelectric dams, and mega-project investments in Central America. Migration is only becoming more difficult and more dangerous through the deportation of migrants to southern Mexico and northern Guatemala.

We envision a world built on solidarity amongst all people who struggle for a better future – the working classes, campesinas y campesinos, native peoples, all people of color, and all movements for peace, justice, and equality in Latin America and the US. Passage of these bills is an important step in that direction.

To get involved in this campaign, please email djpc@denjustpeace.org. There is a lot of work to be done and we can use your help! 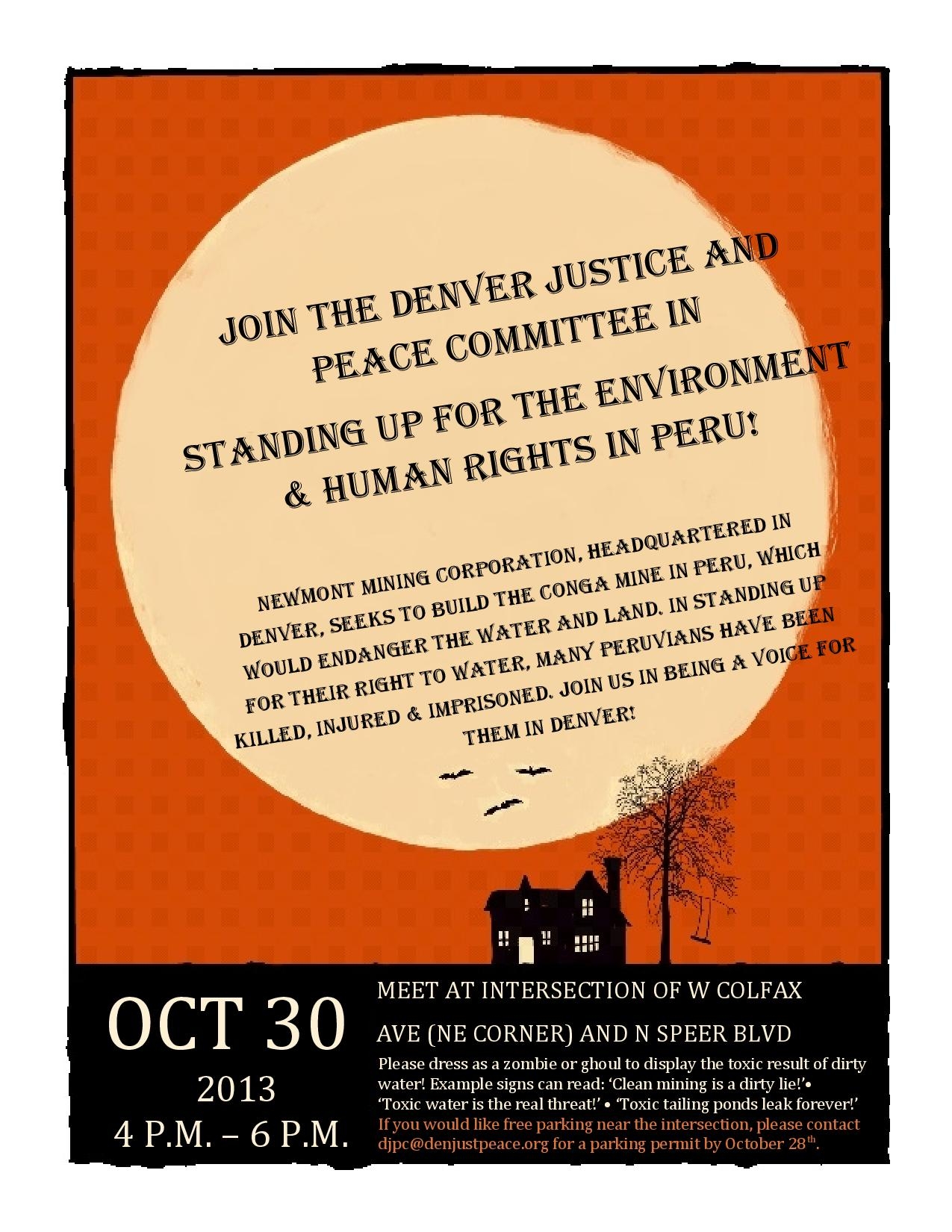 DJPC and SOA Watch must exist in order to create the change we want. By Josephine Brady.