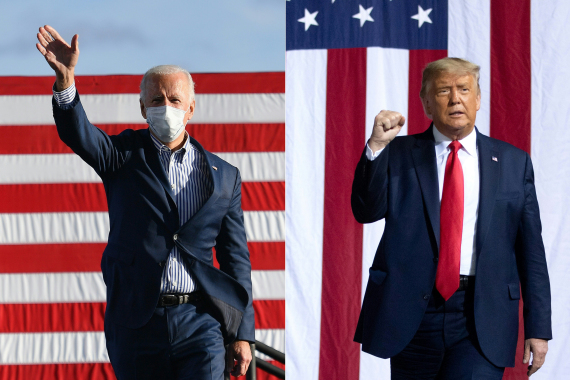 An Interview with Lynn Holland and Rafael Ioris, conducted by Amy Czulada

Amy: What is to be expected of US foreign policy to Latin America on a second Trump administration and a Biden one?

RI: Sadly, with few exceptions, US foreign policies towards Latin America have been historically defined, by paternalism, at its best, and interventionism, at its worst, regardless of which party is in power. Yes, Trump has vilified immigrants and put children in cages(!), but Democrats enhanced deportations and mostly pursued regional policies inspired on security concerns wherein even foreign aid was tied to the militarization of policing, especially in Central America. Moreover, Trump’s view of Latin America was mostly defined by neglect, something which also could be said about the Obama administration. So, Biden could certainly approach the region with a more constructive tone (not a difficult task, in fact) and possibly revive the overture towards Cuba, initiated under Obama, but security concerns about immigrants and a tough stance towards Venezuela are likely to continue.

LH: I agree that Biden would likely return to a more diplomatic approach to Cuba while continuing a more hardline approach to Venezuela. But I think things could change on immigration policy. The Democratic Party has shifted to the left on immigration policy during the Trump years. With enough pressure, Biden would likely end the worst aspects like asylum bans, family separation, and third country agreements.

RI: As previously mentioned, Obama’s approach towards Latin America and especially undocumented immigrants was very harsh, with the exception of DACA – something Trump also tried to reverse. So, it is unclear how much of a difference sensitivity training may have played.

LH: Trump thinks hierarchically. There are those at the top and then there are those at the bottom – “losers” he likes to say. At one point during the debate, he said, “If you were a certain person, you had no status in life. It (sensitivity training) was sort of a reversal.” So I think he’s afraid that if the current hierarchy is disrupted, he will end up not as an equal, but at the bottom of a new hierarchy.

Amy: When asked about white supremacy, Trump replied, “I want to see peace.” Should he take the blame for the rise of white supremacy and other hate groups in the US?

RI: One of the main roles attributed to Presidents has been that of modeling behaviors to the nation. In this sense, when a president says that white supremacists demonstrating violently in Charlottesville is perfectly acceptable and that white supremacist militia groups, like the Proud Boys, should stand by, it is apparent that the highest executive office in the land is condoning and providing legitimacy to racist and right-wing extremist groups; something that needs to be forcefully denounced and rejected.

LH: Trump has been sly in his racist attacks. If you look at these attacks, you’ll see that he always leaves a way out for himself. About Mexicans he says, “they’re rapists, they’re bringing crime,” but then covers himself with: “and some of them, I assume, are good people.” He called the Neo-Nazis who marched in Charlottesville “very fine people” but later said that he was not talking about Neo-Nazis. Again and again, we see him packing two ideas into one comment. His supporters will always hear the one they prefer.

Amy: With regard to immigration, some referred to President Obama as the country’s “deporter in chief”. Would a Biden presidency be any better than Trump on immigration policy?

RI: As mentioned, Biden’s record on policies towards Latin America and immigrant Latinxs in the US is not good. Given that the current political platform of the Democratic Party seems to be more progressive than in previous elections, it is possible that he could reframe his views and policies and social movements working on matters of immigration, human rights, etc. should act to produce these changes.

LH: I agree with Rafael on this. If this sort of change is to come about, it will require a human rights movement that is well organized and relentless long after the election.

Amy: In countries such as Honduras, people continue to leave due to poverty, corruption, and state-sponsored violence. In Brazil, fires continue to burn in the Amazon threatening indigenous communities and creating global level health hazards. Would a Biden presidency be prepared to address these challenges?

RI: It is plausible to assume that despite the disappointing record of the administration he was part of a Vice President, Biden could still move towards more forceful constructive pressure on matters of human rights and environmental protection in Latin America. Let’s remember the tremendous role the US can still play in the region, particularly in Central America; something that could be harnessed for more positive actions if pressure from groups supporting these causes can be mobilized. So, Biden could certainly be open to reframe US approaches to the region, but he won’t act unless pressure is provided by activists like those in DJPC.

LH: Again, lots of agreement here. Regardless of who is elected, the capacity to turn US-Latin America policy towards peace, human rights, and environmental justice lies with our ability to build a lasting and effective movement in support of these values.

Amy: Some feel that there is no real difference between the candidates. In your opinion, what are the most important reasons to vote in this election?

RI: It is undeniable that Trump and Biden represent today very different paths for the US. Trump has acted forcefully to erode democratic institutions and practices whereas Biden could provide the means to not only halting this process, but also, one hopes, and given his more progressive supporters, position the country on a more politically and economically inclusive path. I don’t harbor illusions that Latin America will become a priority in a Biden presidency, but his election would provide the possibility of reframing things on a more constructive approach, but, again, this won’t happen without continued social activism for a less militarized, condescending and deprecating engagement with Latin America societies.

LH: The difference between the candidates may not be as wide as some would like, but it’s wide enough to make a significant difference on a number of important issues. Among them, Biden will likely reinstate DACA and eliminate the cruelest aspects of immigration policy, push back against polluters, and restore US involvement in the issue of climate change. And don’t forget that there are candidates down-ballot in need of our support. Many of the most progressive candidates including women and people of color enter politics at the state and local level. 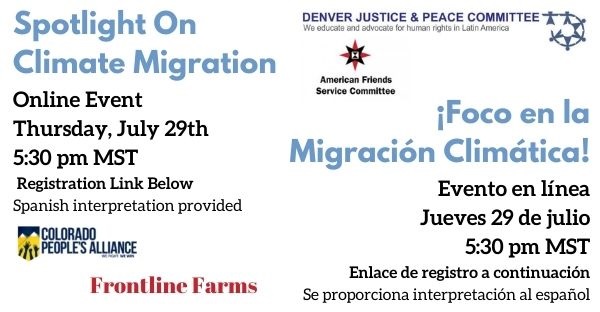 Spotlight On: Climate Migration on Thursday, July 29th at 5:30 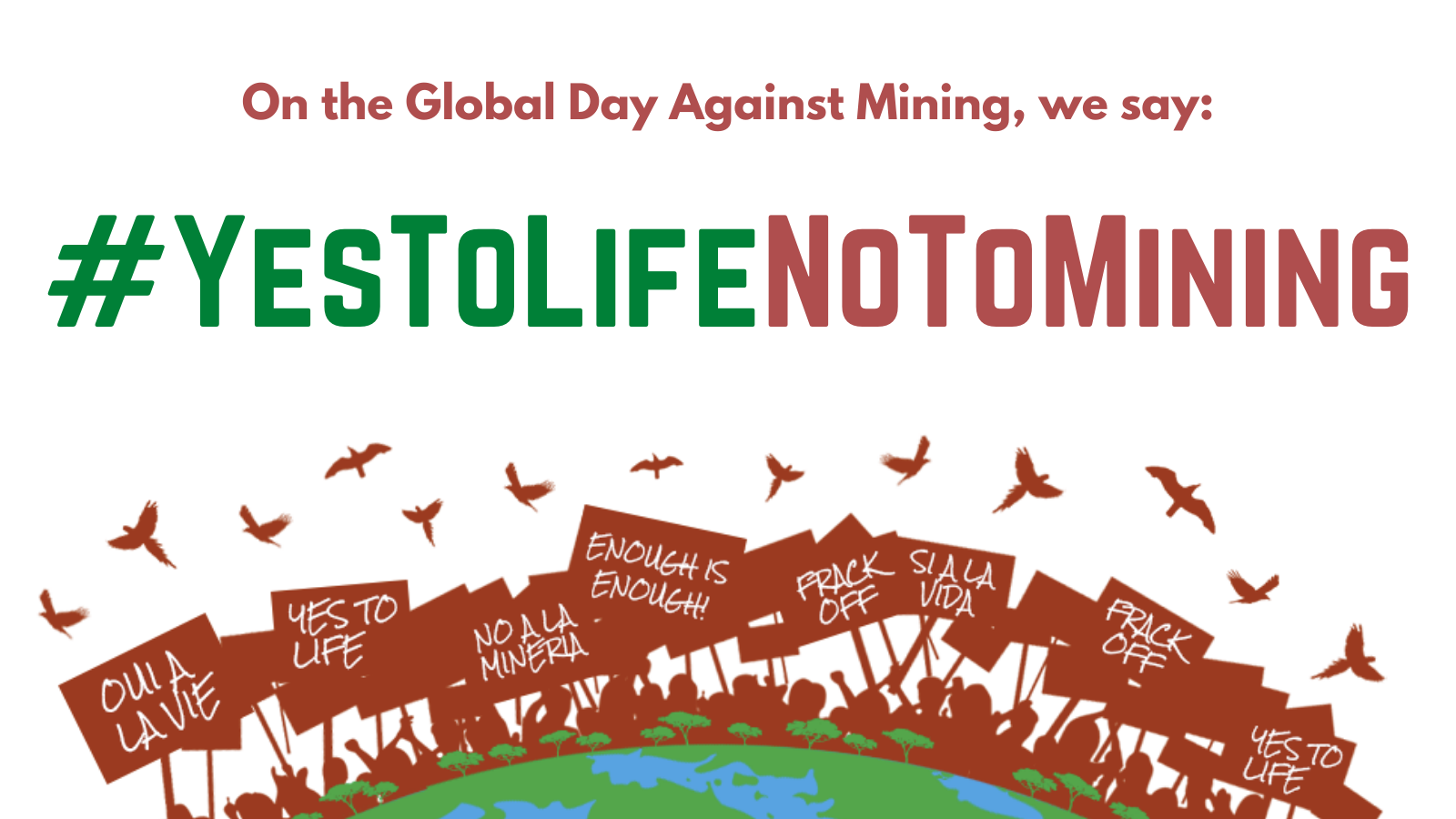