We support those who seek systemic change in conditions that contribute to injustice and violence in the Americas and the Global South.

Denver Justice and Peace Committee (DJPC) stands in solidarity with those protesting, resisting, and organizing against racism and its expression in violence against African Americans and all people of color. Eight minutes and forty-six seconds – that is how long it took for a group of policemen to choke the life from George Floyd. We demand justice for George Floyd and Breonna Taylor, both African Americans killed at the hands of police simply for living while Black in a country steeped in white supremacy and institutional racism. DJPC condemns police brutality, impunity, and all the ways that systemic racism dehumanizes Blacks here in the U.S. and around the world.

Justice for these and many other victims begins with the prosecution of those directly responsible for their deaths. Beyond that, we must address the underlying issues of police violence, white supremacy, and the increasing disparity between rich and poor which lie at the core of persistent injustice in this country. This extends from the genocidal repression of our native peoples and centuries of slavery, to racial segregation and mass incarceration of people of color, especially African Americans. For immigrants, it extends from the Chinese Exclusion Act and other anti-immigrant laws, to prolonged detention, the separation of families, and the holding of young children in cages.

The DJPC’s international social justice imperative calls on us to address these forms of repression abroad as well as in the US. We note that, throughout the world, people of color are repeatedly and inordinately subject to violence and exploitation in the relentless pursuit of land, labor, power, and profit. From George Floyd to LGBTQ activist Marielle Franco in Brazil, from Breonna Taylor to environmentalist Berta Cáceres in Honduras, from Ahmaud Arbery to journalist Jorge Armenta in Mexico, we call for justice, equality, and respect for all people of color.

DJPC is committed to solidarity with the resistance movement calling for an end to police impunity and the pervasive racism in this country and throughout Latin America. We invoke for all people regardless of ethnicity to join this movement and say his name. ¡George Floyd, presente!

Forum: In Defence of Life: Discussion and call for action.

May Salon Series – May 16th 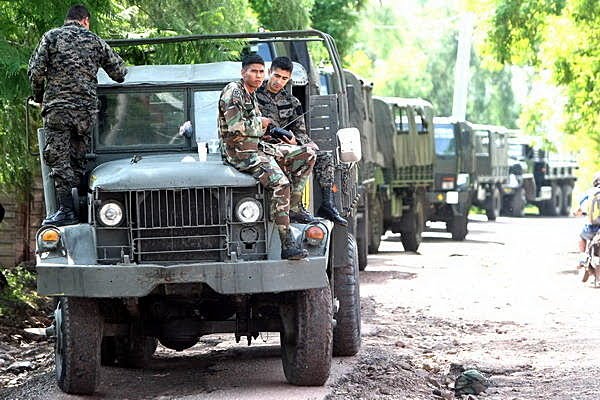