We Stand with Máxima!

On Friday, March 6, the Denver Justice and Peace Committee attended the Boulder International Film Festival (BIF) to co-sponsor the showing of the film Máxima. This was one of BIF’s “call to action” films, which give the audience a chance to engage in dialogue after the showing. DJPC director Rebeca Zuniga-Hamlin was on hand to take questions and update the audience on what is now happening to Máxima Acuña, an indigenous leader, at Newmont Mining’s Yanacocha mine and how people can support her in her legal case.

The turnout for the film was great! Over 270 people of different ages attended including representatives from local organizations and a group of high school students from Denver. Over 40 people remained for the panel discussion that followed the film, to learn more about what is going on with Máxima and how they can support her struggle to protect her land. 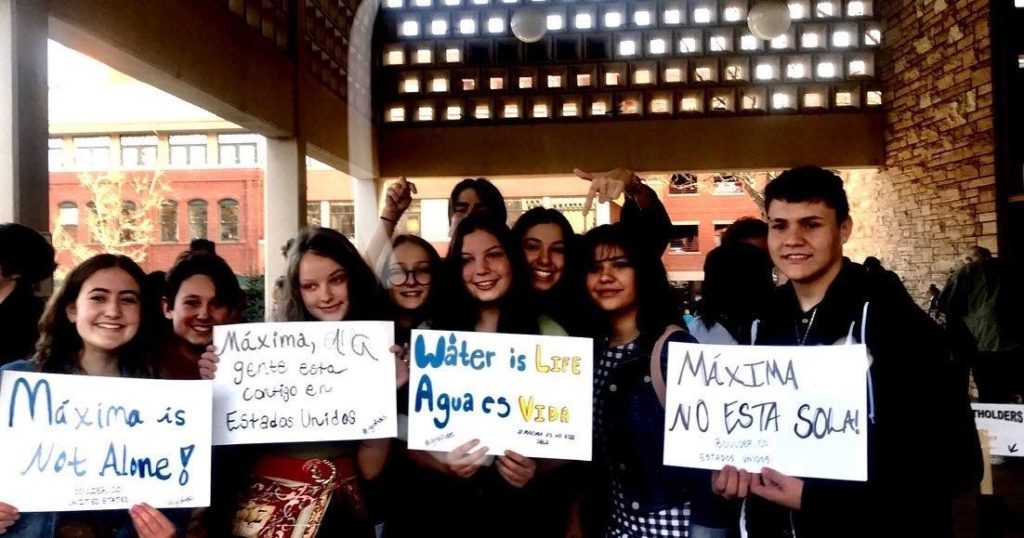 As we saw in the film, Máxima has never given up or backed down to Newmont Goldcorp Mining even as the company has destroyed her crops, killed her animals, and made it nearly impossible to travel back and forth to her home. Even in the darkest moments she finds the strength to continue her work whether through the support of her non-profit legal team GRUFIDES, or simply by looking into her granddaughter’s eyes. 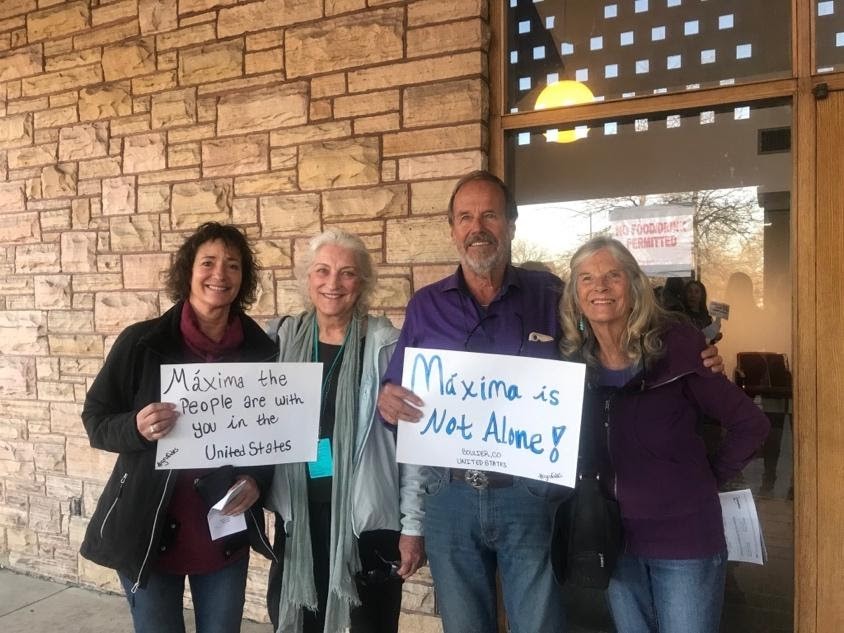 Meanwhile, harassment from Newmont Mining owned Yanacocha’s Project Conga goes on and the battle to protect Máxima and her land continues. If you were unable to attend the film and would like to support Máxima, please click the links below to help pay the costs of her legal expenses and sign the petition to stop the Conga mine from being built.

Many thanks for your support! 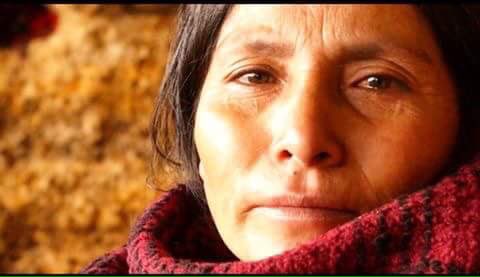