March 24th marks 40 years since a right-wing death squad murdered now-Saint Oscar Arnulfo Romero. In 1980, Romero was Archbishop of San Salvador and drew on liberation theology teachings to stand against the injustice and oppression of the military regime that governed his country. He was shot in the midst of a Mass, and no one was ever convicted for the crime, though evidence pointed to the founder of the right-wing party that governed El Salvador for 20 years. Recent events make Saint Romero’s memory more important than ever. Last year saw unprecedented advances in justice for the victims of the 1981 El Mozote massacre of more than 800 people, but in February the country passed a watered-down amnesty law to protect the killers. We now face coronavirus-induced collapse of the country’s health system and economy, as the rich will seek testing and treatment while the poor cannot afford to stay at home. The country’s president will be tempted to use the crisis to erode democratic institutions further, as he did when he recently sent the military to occupy Congress over a simple legislative dispute. The time is now to support popular, solidaristic alternatives from the Salvadoran people, such as peasant organizer Vidalina Morales, honored three years ago with the DJPC Global Justice and Peace Award. She struggled to ban metals mining, protecting the land, water, and local communities of El Salvador from privatization, extraction, and environmental and social destruction. In moments of crisis and in search of popular alternatives, we turn to Vidalina Morales, Saint Romero, and the international solidarity of DJPC. 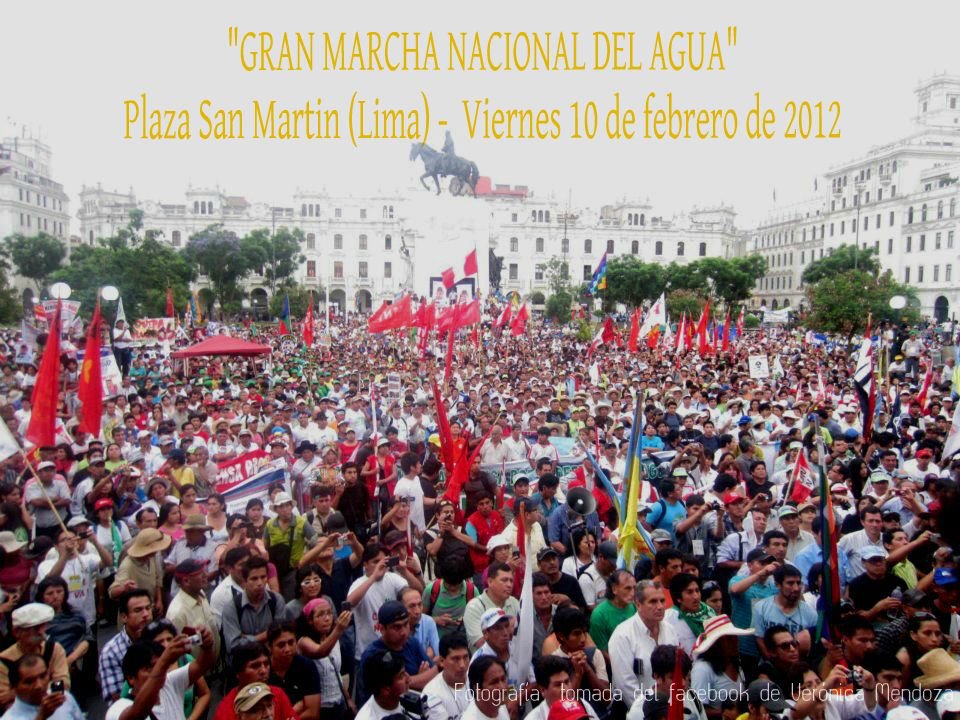 The Grand National March for Water (not Gold!) in Lima. 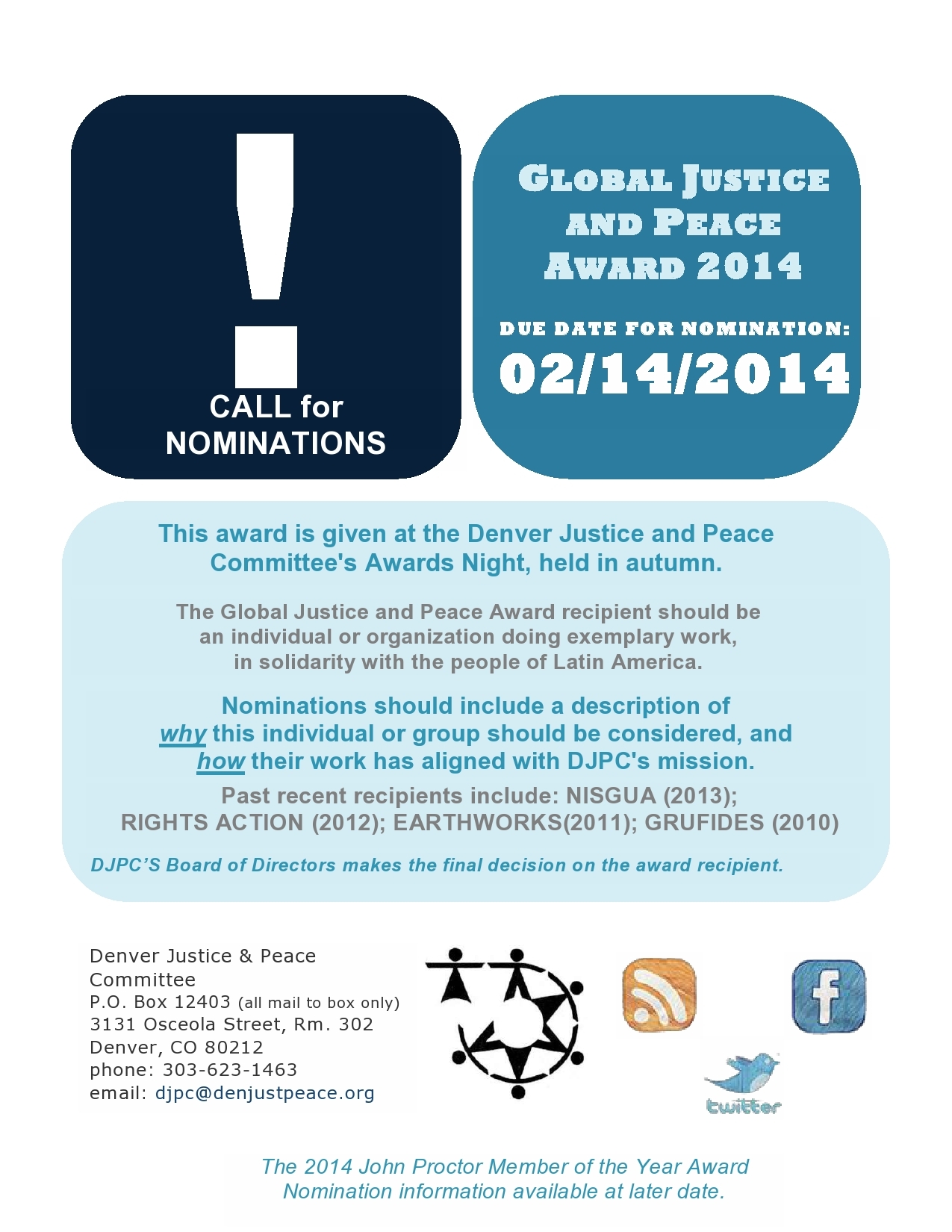