In 2019, I spent about 3 weeks in Bolivia. My time there was cut short due to the political protest happening at the time. A part of me feels as if I still have unfinished business. Although I cannot be there physically, I can continue to learn about what is going on in Bolivia, including political issues, environmental threats, and the 60% of the nation that is indigenous.

I love the idea of a Green New Deal, but I do not love the idea of how some of these resources are extracted to create a “sustainable future.” Bolivia contains 50-70% of the world’s reserves of lithium – a commodity found in cell phones, computers, medical equipment, luxury yachts, surveillance alarm systems, and the list goes on. Lithium attracts particular attention for its long-lasting battery life in solar panels and Tesla vehicles. Yet, the extraction of lithium promises great profits for the world but extremely destructive impacts for the people living in the region.

So why would we not want to support the extraction of a mineral which could create a more “sustainable future”?

The answer is in the question above, extraction. Lithium is found in salty mud beneath the salt flats high in the mountains. To extract it, the miners pump brine into massive ponds, where it’s left to evaporate for months. This concentrated liquid is then brought to a chemical plant for processing and then turned into carbon and hydroxide lithium. The process would extract tons of water from the region of Potosi and contaminate what is left, making it undrinkable.

In addition to the environmental issues, lithium may not even be the best solution to create long-lasting batteries since it is flammable. Scientists in Tokyo are creating solutions using Potassium, which is less harmful to mine, and researchers are looking into calcium as a replacement to the lithium batteries.

In October 2019, the people in Potosi, Bolivia had been protesting for weeks to stop the deal of German company ACI Systems Alemania (ACISA), which was to develop a massive mining project for electric car batteries and a lithium hydroxide plant. With the pushback from the Potosi community, Evo Morales, Bolivia’s recently reelected president, decided to cancel the agreement. A week later, protests over the disputed elections and a coup by police and military forces led Morales to resign and imposed a new president. Under the regime that followed, there are now conversations about partnering with Chinese company Xinjiang TBEA to build a lithium power plant.

Much will depend on the outcome of the elections on May 2nd. The candidate from Morales’s party currently leads and can be expected to maintain the bar that Morales decided last October. Yet, the coup-imposed president can be expected to push through with the project if she ends up winning. Regardless of who wins, pressure on Bolivia’s environment and indigenous communities can be expected to continue as demand for lithium is expected to double by 2025. 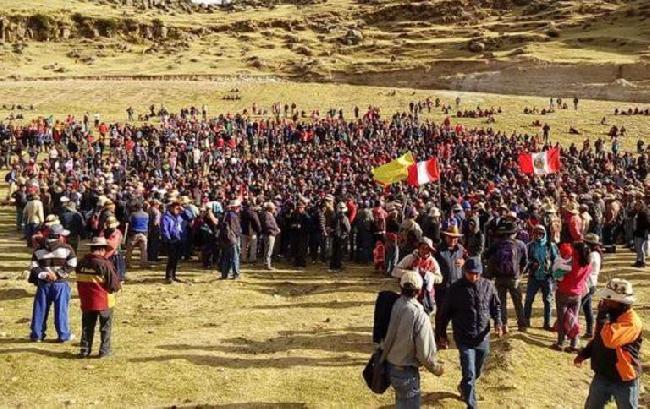