At the DJPC, we are both saddened and disturbed by the recent mass shootings in Dayton and El Paso. In El Paso, the shooter had issued a racist and anti-immigrant manifesto, referring specifically to Hispanic and Latino communities as a threat to the future of the country. In fact, extremist-related killings in the U.S. have been rising steadily over the last several years placing Muslims, Latinos, Jews, LGBTQ individuals, African Americans, and other groups at increasing risk. This trend coincides with the rapid growth of hate groups and distribution of white supremacist propaganda during the same period.

While the reasons for these shootings are complex and no one can be considered safe, we cannot deny the role of extremist rhetoric emanating from radio programs, websites, social media, and our own government officials. In particular, the president’s regular use of words like “invasion” and “infestation” in referring to refugees and immigrants coming to our borders both dehumanizes these individuals and encourages an irrational fear of them. Coming from the highest office in the land, these words affirm racist and even violent impulses.

In the months and years to come, the DJPC will continue its efforts to shed light on the human rights conditions at the root of immigration and asylum seeking in this country. Please join us in working together toward healing and preventing such incidents in the future. 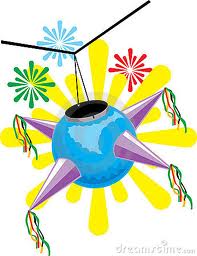