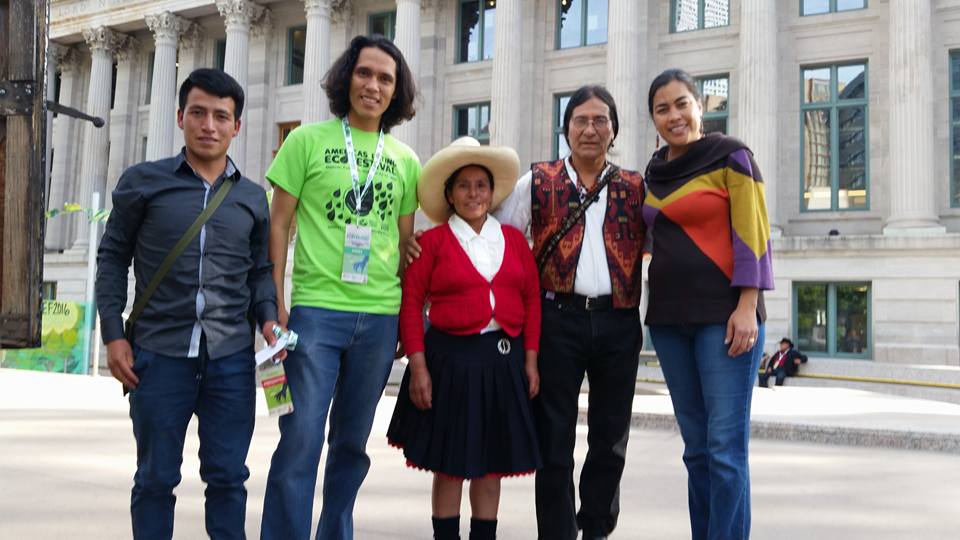 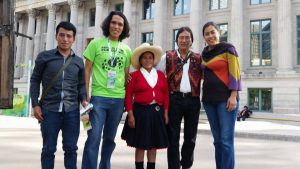 At Denver Justice and Peace Committee we learned earlier this week from Grufides, a human rights organization based in Peru, that Máxima Acuña Chaupe, winner of the 2016 Goldman Environmental Prize, and her husband Jaime Chaupe, were again victimized by personnel at the Yanacocha mine owned by Newmont Mining Corporation. Company’s security forces entered their property illegally on Monday February 13th and destroyed all their crops.

This is not the first time that Máxima and her family have been terrorized by Yanacocha security forces. In fact, Máxima and her husband live in constant fear as a result of harassment from these forces that includes intrusion onto the property, beatings of family members, the killing of livestock, destruction done to one of the couple’s buildings, guns being fired near the property, and being followed while coming and going from their home.

Máxima Acuña has been recognized for her diligent and courageous efforts to protect her home and community from environmental contamination and destruction of the local water supply. Having won a landmark court case regarding ownership of the land, her only desire is to peacefully farm this land with her husband.

We are appalled by the blatant brutality of these recurring incidents and call on Newmont to take immediate action to withdraw all security forces and other personnel from the Chaupe’s land and surrounding area. We also call on Newmont to provide every possible assurance to the Chaupe family that these deplorable acts will not happen again.

As we have stated before, we stand with these activists and call on Newmont, the Peruvian government, and all those concerned to do likewise.

Say NO to TPP!