What can one say to describe what it is like to live and work in Guatemala? Every walk is a new adventure, each day brings new challenges, and each person has something to teach. As some already know, I have been working in a volunteer capacity with an organization here since the 20th of June. I work as an International Accompanier, and although my ‘home base’ is our office in the Capital, I have been assigned to a regional team working in the Western part of the Country, along the Mexican border.

The NGO that I work for is the US branch of a collective of organizations called ACOGUATE- formed of 11 Committees, from 10 countries. Accompaniment, particularly in an International form, is a tool used in countries struggling with human rights violations and political violence directed at human rights defenders. Guatemala certainly fits this description, as it frequently cited as one of the most dangerous countries in Latin America, with a murder rate of about 45 per 100,000. The story untold in this statistic, and ignored by most press, is the disproportionate amount of this violence that is directed at women, indigenous peoples, artists… and anyone involved in forms of resistance; as well as the impunity that allows this violence to thrive. An International Accompanier is someone who ‘walks alongside’ the national leaders who face these threats of violence, and yet stand up and carry on their work in a peaceful way.

In my region, the cases we accompany vary greatly, and I will go into depth with as many as I am able. This letter is the first of a series in which I will attempt to convey that which I am observing, learning, and participating here in Guatemala. Just as my commitment began with your support to make it possible, my work will not end in Guatemala, rather continue through the divulgation of information that our media does not provide. Accompaniers are also given the charge of making sure that the human rights defenders are not invisible; that their struggles not go unheard. During the extent of my time here, I will work hard to develop a deeper understanding of Guatemalan “coyentura”, and likewise will share that with you all through these letters. I am also open and happy to answer questions, and greatly look forward to continuing the discussions once I am back in the States.

My region spans two Departments; Huehuetenango (Huehue) and San Marcos. I work closely with speakers of two distinct Mayan dialects; Mam and Chuj. The region is mountainous, green and beautiful. Many of the rural areas we work in are considered “tierra fria” (cold lands), at a high elevation and often blanketed by thick fog in the afternoons and evenings. While we only visit one community regularly, we work with a total of three that have been affected by genocide during the time of the Internal Armed Conflict (1960-96). Some of these communities are quite rural, and the women in particularly speak little to no Spanish. Others are fluent in Spanish, because they are “returned” refugee communities, which sought refuge across the border in Mexico during the worst of the violence. We accompany these communities because they have entered into the difficult, dangerous fight for justice. They elect representatives from each community to the Association for Justice and Reconciliation (AJR), and these representatives travel up to fourteen hours to arrive in the Capital for meetings, court hearings, and political activities. Their dedication and dignity are inspiring, and we accompany them each time they go to the Capital because of the threats they receive as an organization, and as individuals, for their unwillingness to forget.

Accompanying members of the AJR, I was incredibly honored last month to attend the sentencing of four specially trained ex-military for the Dos Erres massacre. Something I will forever look back on as one of the most emotionally charged moments of my life, I watched the survivors around me as they listened to the judge brave enough to sentence each of these men to 30 years for each victim they had raped, mutilated, and eventually murdered. For 201 dead, the men received 6,030 years each. For crimes against humanity, they received an additional 30 years, and the ranking officer an additional 6. As I mentioned, impunity is rampant in Guatemala, and this case is only the second out of over 669 massacres to be brought to trial. The 36-year Civil War (euphemistically referred to as an Internal Armed Conflict) claimed over 200,000 lives, 83% of which were indigenous Mayans, and 95% of the murders were committed by government forces (UN Truth Commission on Guatemala, 1996). For Guatemalans seeking justice, the Dos Erres decision was among the first to hold ex-military (rather than paramilitaries) responsible and a carried a message with the strict sentencing that Guatemalan courts are taking steps to combat impunity.

The case put Guatemala into an international spotlight and threw a surge of hope into a country that has been teetering on a “failed state” status, wracked by drug/gang violence, and from desperation is on the verge of electing a right-wing ex military president (himself implicated in massacres). It’s a brave step for Guatemala, though many claim that the rapid movement in this and other human rights centered cases has purely political motivations. The current President, Colom, has interests against the election of former General Otto Perez Molina as President. Therefore, the sudden, surprising push by the Colom administration in these cases is seen as an obvious attempt to turn the tide against the right-wing candidate. It is important to note that these processes are over ten years in the making, and what the media doesn’t cover is the toil and sheer determination of the many that have demanded justice in the cases. While we are enjoying the sudden progress, Molina has just won the first round of Presidential elections, and should he win the second we can expect the trials for crimes of war to once again come to a screeching halt.

While Dos Erres was big news, 30 years for Crimes Against Humanity is a far cry from the Genocide charge that many would like to see tried. Fortunately, there is another, similarly groundbreaking case riding on the momentum of Dos Erres: Héctor Mario López Fuentes, a former General was arrested June 17th and begins trial this month. His case is even bigger news for many reasons; he was one of the High Command, and thus is the first big fish to hook. He is also being tried as the intellectual author, as opposed to the soldier who followed orders. Accordingly, he is facing charges of genocide- this will be not only the first time genocide has been brought to trial in Guatemala, but the first case in the world in which a country has tried it on its own soil. There is much analysis on why genocide is such a difficult crime to try. It is shied from by courts and attorneys alike for the strictness of the definition, in which systematic ethnic cleansing (“racial hatred”) must be proved. Even more telling, the charge of Genocide carries with it a specific requirement for nations to intervene. While the fact that these cases are being tried in Guatemalan courts is proof that the judiciary has come a long way in gaining autonomy, few nations could boast an independent and stable enough government to survive such a self-critical process. We will continue to accompany in this important case, and I will update you all soon on its progress.

The remainder of the cases we accompany in Huehue/San Marcos are organizations, and sometimes individual people. Particularly in this part of the country, one of the main struggles is around land sovereignty. Hydroelectric projects, precious metal mining, oil pipelines, and mega-highways to transport the loot are all examples that plunge rural indigenous communities into a fight for their lives against the giants of transnational corporations, and the Guatemalan government that always seems to back them. One of the areas with the most tension that we visit is the Marlin Mine, a gold and precious metals mine of Canadian-owned Goldcorp. Marlin is Goldcorp’s second-largest holding, has been in operation since 2005. It operates using a combination of open-pit and underground mining techniques; open-pit methods are infamous for using cyanide-leaching into ground water and creating landslides. One of the first grievances against Gold Corp is the lack of environmental, human, or other impact studies into the area before beginning operations. This violates the human rights of indigenous peoples under International Law, and has made proof of damage done by the mine next to impossible. The communities lack in funding and the tools necessary to conduct such studies, and the strategy used by the company is that of propaganda and division among community members. So far this strategy has had measured success, as much of the arguing, name-calling, and violence has been carried out among locals, spurred on by the corporation.

ACOGUATE has been accompanying several organizations in the communities around the mine since 2007. Currently we divide our time between the office of an organization/community radio, located in a community closest to the mine, and the Catholic Parish, located in the town of San Miguel. We document threats and incidents occurring in the area that seem to be politically motivated, work to help disseminate information and reports, and attempt to provide moral support for human rights defenders living in a very stressful situation. Our team periodically evaluates the current political situation, and our own security.

In recent years, local and national organizations have looked to international sources to help negotiate the hold that Goldcorp has on the Guatemalan Government. Several reports and documentaries have come out, helping to give scientific weight to the damage done by the mine on the surrounding communities, publicize the unheard stories of the citizens, and call for action by the government. At least two of these reports, published in spring of 2010 by the International Labor Organization (ILO) of the United Nations, and by the Inter-American Commission on Human Rights, an independent body of the Organization of American States (OAS), have called for immediate suspension of mining activities until the effects can be further studied. Accordingly, in June 2010, Guatemalan President Colom announced that the administrative process to suspend the mine would begin. In April of this year, out of frustration that nothing had been done, residents set up a blockade for vehicles servicing the mine. The event ended with violence against local protestors, and in the months since there have been a variety of incidences of threats and actual violence against those that participated. The Guatemalan government recently announced its decision not to comply with the Inter-American Commission’s order to suspend mining activities.

I feel like this is a lot of information already, but there is so much to convey! I offer my sincere apologies for being behind on my communication, I will be happy to respond to questions or comments, and will work hard on getting a second letter out very soon. In my next letter I will go further in-depth on some of our other cases, update on the Lopez-Fuentes case, and provide more electoral analysis in the region. Again, these letters are meant to come in a series, so that I am able to cover the many aspects of the work, as well as update on events as they happen. Thus, I like the idea of them being more an interactive discussion than a monologue. The support that you all provide, moral and otherwise, is what makes this work happen- on a personal and organizational level, and we really appreciate it! Thank you so much for reading, I look forward to continuing the discussion! 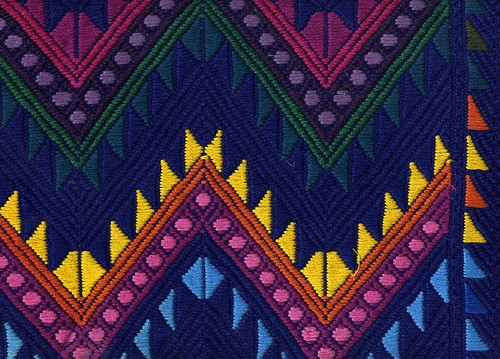 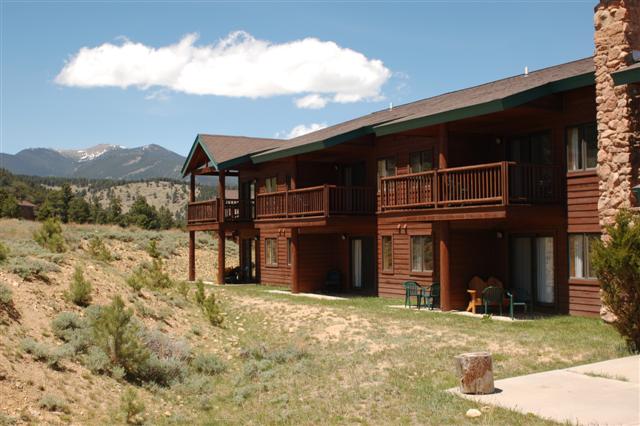 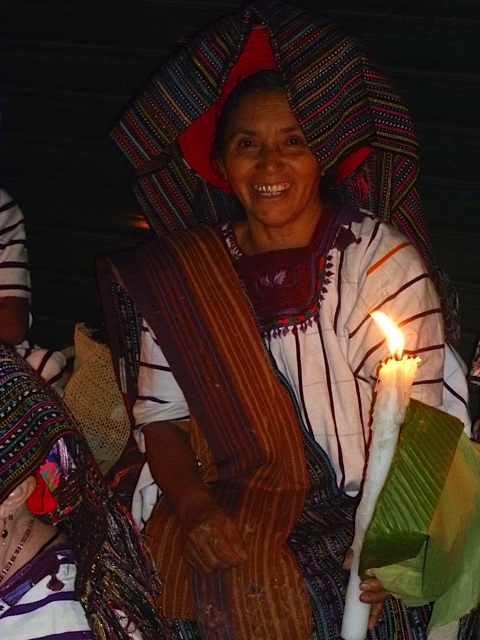 Living in a Tz’utujil Maya Community in 2012