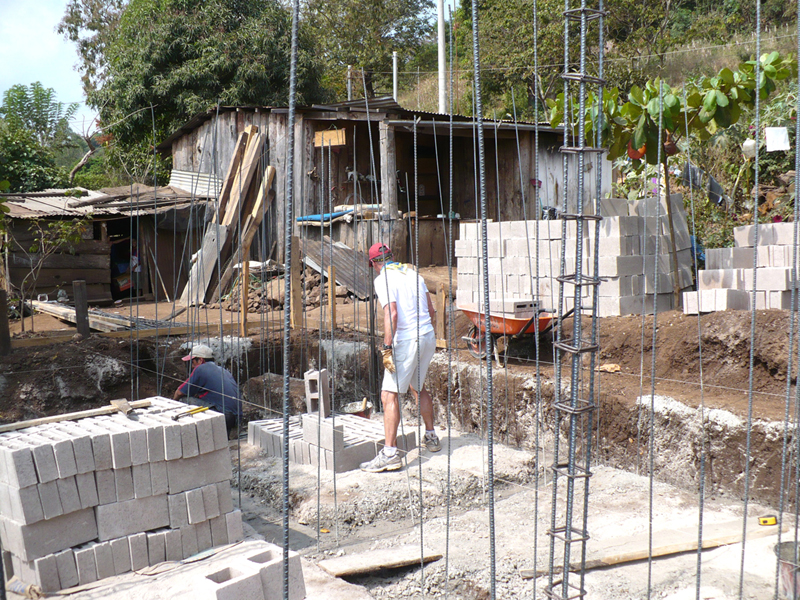 Carrying cement block and mixing mortar by hand in 95 degree heat can be torture. Or, it can be a small offering of hope and solidarity to a family living in a one room wooden shack. Moving block after block, separating rock into piles of sand and gravel, I concentrated on the task at hand and not my aching back. I could take a break, but I hadn’t come all this way to rest and I felt better when I was working as hard as I could.  There was so much still to be done.
My husband Peter and I were in Getsemani, a community of more than 130 families in the department of Ahuachapan, El Salvador, to participate in Habitat for Humanity’s Lenten build in honor of Monseñor Oscar Romero. Thirty years ago, on March 24, 1980, as he celebrated mass, Monseñor Romero was assassinated the day after he spoke out against poverty, injustice and publicly manifested his support for victims of political violence.  Monseñor Romero became a beloved martyr and catalyst for the ensuing 12 year civil war. Yet today, the majority of the country’s 6 million people still lack basic necessities such as potable water, electricity, education and employment. It’s estimated that more than half of Salvadorans also lack adequate housing. Through local affiliates such as this one in El Salvador, Habitat for Humanity has provided more than 1 million people in 90 countries simple, decent housing and a better life.

Peter and I, with 3 friends, worked as part of a large group of about 70 volunteers– college students on spring break, a  high school class and a church group– to build 30 houses in 30 days to honor Monseñor’s legacy. Thankfully, we were assigned to a house where the foundation had already been dug.  Some groups had to dig foundations in the rocky  dirt– over 100 lineal feet and 2 feet deep,  with picks and shovels.  We helped two masons by mixing concrete and mortar to their specifications, delivering it, filling joints between the blocks, bending rebar, moving block, leveling dirt and a variety of miscellaneous tasks.
Habitat’s houses in El Salvador are made of cement block, heavily reinforced with rebar because of the seismic activity in the area.  The houses are generally three rooms– a living area and two bedrooms, with a bath (toilet and shower) entered from outside. Most women use firewood for cooking so the “kitchens” are outside the house so the smoke can escape. Houses average about $8,000 and the interest free loans are repaid over 20 + years. Families and/or friends contribute hundreds of hours of “sweat equity” (i.e. labor) to build the houses.

Our family’s new house was being built next door to their old, wooden one. Mom took care of 5 children, sold chocolate- covered bananas out of her house, while her husband worked in the logging business in another part of the country.  Family incomes in Getsemeni average between US$100 and $250 monthly, and many adults work as housekeepers, security guards and market vendors.
Peter and I have been on several Habitat Global Village builds (i.e. outside the US) and upon returning, we are often asked, “Did you finish a house?”.  The answer is always “no”, we just completed a small portion.  On this trip, our basic accomplishment was helping lay about 8 tiers of cement block.  That didn’t seem like much at all.
The truth was, I wished I were in the capital, participating in the mass demonstrations and celebrations of the 30th anniversary of the death of the country’s beloved Monseñor Romero. Instead, we were in a remote area, and I moved some block.  Some sand.  Some gravel.  Some dirt.  I watched the kids that will live in the  new house and hoped that it would represent a change for the better in their lives.
We were given T-shirts that said “Somos albañiles, no maestros de obra.” That means, we are workers (or masons), not master builders.”
When I looked up that reference, I thought about the importance of being a small part of a larger whole.  Here is part of the prayer, composed by Bishop Ken Untener and often called the Oscar Romero prayer:

It helps now and then to step back and take a long view
The Kingdom is not only beyond our efforts,
it is beyond our vision.
We accomplish in our lifetime only a fraction
of the magnificent enterprise that is God’s work…
We plant the seeds that one day will grow
We water the seeds already planted
knowing that they hold future promise.
We lay foundations that will need further development..
We cannot do everything, and there is a sense of
liberation in realizing this.
This enables us to do something, and to do it very well.
It may be incomplete, but it is a beginning,
a step along the way, an opportunity for the Lord’s
grace to enter and do the rest.
We may never see the end results, but that is the
difference between the master builder and the worker
We are workers; not master bulders
We are prophets of a future not our own

Find out more about Habitat’s trips outside the U.S. at www.habitat.org/gv 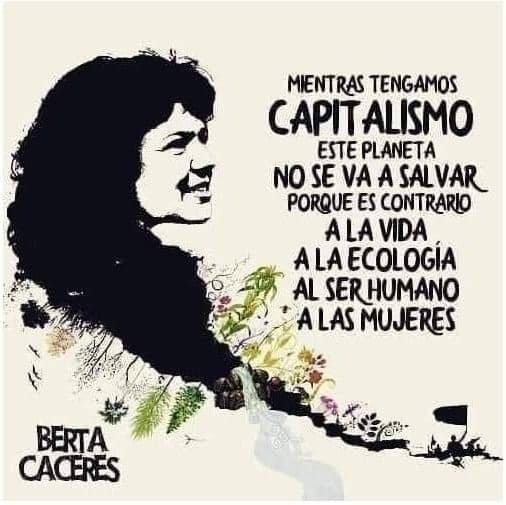 On International Women’s Day we honor all whom have lead the way. 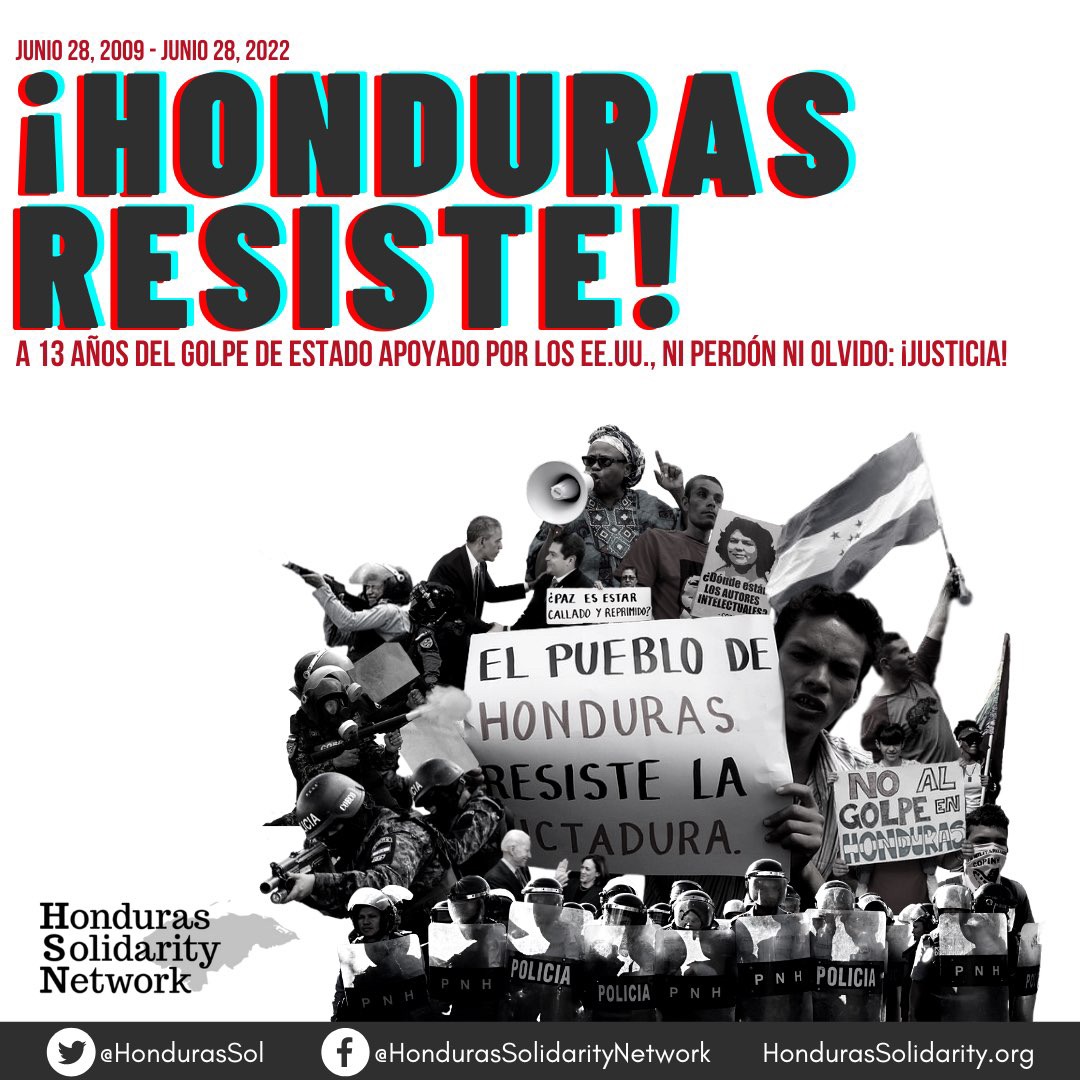